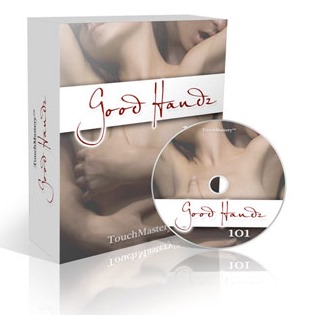 Did you know that womenʼs number one complaint about men in dating and relationships, is that men are too sexually aggressive?

Before you say, “thatʼs not me,” consider that even mild-mannered guys can be seen this way, as soon as they make a move.
How many dates or interactions have you had, where you tried to kiss the woman, or otherwise escalate sexually, and that was the last time you saw her? How many times have you touched a woman, only to have her pull away from you, like youʼre a creep?
This can be a major mind-fuck for men. One one hand, weʼre are expected to make the ﬁrst move, to be assertive, but then on the other hand, women shut down and feel like weʼre being too aggressive with them. Is this confusing? Itʼs no secret that women WANT to be touched and want sex just as much as men – that if a woman is attracted to you, she actually wants you to touch her, and to kiss her. And to make things more confusing, she may not even know sheʼs attracted to you UNTIL you touch her. Wrap your head around that!

So how do we win here? Have we been set up to fail?

So how would you know youʼre doing it right? First of all, women will tell you, both verbally, and with their body language. They will tell you, “you have good hands.” Would having women calling you back and taking the initiative to see you again be a good indicator that youʼre doing it right? Would women making out with you on the ﬁrst date be a good indicator?

How many times have you thought things were going well, just to ﬁnd youʼd lost her interest, and ended up in the friend zone, or worse, with no contact? What if youʼd just touched her right?
I know youʼre here because youʼre frustrated. Youʼre fed up with women rejecting you and you probably arenʼt sure why they reject YOU. Wouldnʼt it be nice if they told us, honestly, and didnʼt leave us kicking ourselves, wondering why? Well, since most women probably wonʼt start being more forthcoming any time soon, let me give you a hand up, and clue you in to what you may be missing.

I used to be just like you: fearful of and fed up with rejection, nervous about touching or kissing a woman, and confused about why I was being rejected. I lacked conﬁdence. I Iʼve never been the most handsome, the most witty or charming guy, but after spending enough time alone, wrought with anxiety about interacting with women, and desperate to just make it work, I decided it was time to change my game. I set out to learn everything I could about women, intimacy, and sex. (Note the order those items come in. Itʼs a good clue.) After years of research and development, Iʼve come to a point where I have numerous intimate connections with women, at any given time. And I havenʼt had a single woman break up with me or cut me off from sex in over six years. Iʼve managed to ﬁnd the magic ingredient that makes me sexually irresistible to women.
And Iʼm here to share it with you.

Good Handz 101 is a simple, step by step approach to mastering your touch, starting from the most fundamental forms of platonic touch, moving into ﬂirtation, and then escalating into seduction. Itʼs a no-nonsense, fail proof program that will give you all the skills required to never be turned down for a kiss or mysteriously rejected again. Having good hands will open doors for you faster than anything else youʼve ever tried. In this program, you will learn to create immediate connection with your touch that really gets a womanʼs attention, and at the same time helps her to trust you. No more creepy touch or complaints of aggressiveness. Your touch will be well-received and very effective.

Throughout over 4 hours of video, I break down absolutely everything you need to know about touching a woman, from introduction to ﬂirtation to seduction. I personally demonstrate, with a live model, dozens of heart-connecting and panty-soaking touch techniques.